The most important thing of playing pickleball (also called tiny tennis), for the beginners, is a little bit tough to figure out when it is regarding the rules and keep score in pickleball. In this article, we will talk about the basics of pickleball scoring.

So for the first time when you see on the court that there is 0-0-0 or something like that; what things would come to your mind? Actually, as a new player, you will try to figure out what those numbers do mean? And gradually you will be able to catch those numbers or the pickleball scoring system.

How many players can play at a time?

Pickleball is an easy game to pick up. As pickleball is called like tennis or badminton game, so the game is played by at least 2 players or at best 4 players at a time.

What should a player know about scoring in Pickleball?

In general, the basic thing is that when a player serves first, and if he/she gets a point then he will be called the first scorer. But the points who gets first must not be from the serving team. Normally pickleball game is played to eleven (11) points and win by 2 points.

But in the tournament, the game is played to 15 or 21 points, but still, win by 2 points. Besides, there are two important rules what pickleball players must know and those are Rally & Side out term. We will discuss regarding the terms at the end of the article.

Anyway, at the beginning of the article, we discussed a little bit about the scoring of the 3 numbers. So let’s talk in detail.

Background of the Pickleball:

Pickleball game was promoted so that not only the general players of any ages but also the members of a family could participate.

That is why the rules for the game were kept facile. Further, it is said that the game is called the advanced version of Lawn Tennis, Table Tennis & Badminton.

Moreover,  we know that the pickleball game was discovered in 1965 and it is not spread yet all over the world, so the game is mostly played in the North American region; particularly in the US & in Canada.

Anyway rules for the pickleball game are made by the International Federation of Pickleball (IFP) and it is also referred as the Official Tournament Rulebook.

As we know pickleball is played as a singles or doubles, therefore the court size, net height, kitchen size, or the rules for both games are the same.

One more thing it should be added that we know we can play pickleball as outdoor and indoor, so you have to follow some basic requirements but not any extra scoring rules. For instance,  the ball size or paddle size.

Besides there is no problem being the rules of this game easy. Now let’s talk about the scoring in pickleball.

First of all, before starting the match, the score(doubles scoring) should be called loudly. And as it is described before, the score must be called as 0-0-2 ( or substitute zero-zero-start).

But there is something different in pickleball games because the team that serves first only gets 1 player to serve & the player must be from the even side although he/she is called the second server.

And this is why the score is called 0-0-2. Moreover, as we know the game does not take much time to over. That is why the first serving team has a limit. It is known that each side of the net has an even side & another one is an odd side. So, the service starts from the even side.

As the server can get a point, so the server can lose a point also while serving. Hence the server must be alert. There is one more thing and that is in doubles game each player can serve until his point is lost and ordinally the other gets the scope of serving.

But after Rally, neither the server of team A can’t serve anymore nor the other player of team A can serve. On the contrary, after side out team B will start serving.

Anyway, as it is stated before in the Two Bounce Rule that the ball must be bounced twice on the court, then it is not important to let the ball bounce more until the players fall the ball on the ground.

Here are some tips briefly at a glance! If a player makes mistakes during serving, he/she can not serve twice in the pickleball game or in the tournaments at a time.

Pickleball singles scoring is as same as doubles. But there will be one server or one player on each side. After making one point when the server will change his/her position to the odd side, just like the receiver will also change the position for returning the serve.

Hence the rest rules of singles are like the doubles. So it is quite easier for players to make points.

When the server’s team miss to pass the ball to the other side, then it is called Rally. By this, the serving team loses a point whether they have any point. It occurs for both of the sides.

In this case, merely one server serves per Side out( when the server missing the ball to pass to the opposite court then the serving side is being changed automatically).

Further, there is no need to call out for the first or second server. In this game, only the server’s score and the receiver’s score are called out. For instance : 7-8, 4-6, 11-13 etc. So that’s all about Pickleball game scoring.

A few key rules for new players must know:

1. Two Bounce Rule: It is a simple rule to catch in the mind for a new player or a beginner. Actually, when a server serves the ball, he/she must serve from out of the court.

In general, most players make a mistake after serving and that is they come into the middle of the court. But they forget that they shouldn’t come very fast close to the midcourt.

So, the actual point is that while returning the ball to the serving court, the server must stay back as he/she can defend the ball easily.

But the player can cross the Non-Volley line after being dropped the ball on the zone or kitchen. It is literally quite difficult for the players to get used to.

However, the most important thing is that a player can stay in the Kitchen for the whole time while running a match, but there is a condition and that can happen while the ball only up in the air.

The rule is the safer rule because a player can stand away from the distance of the net. But if any player makes any mistakes, then he/she will surely lose a point. 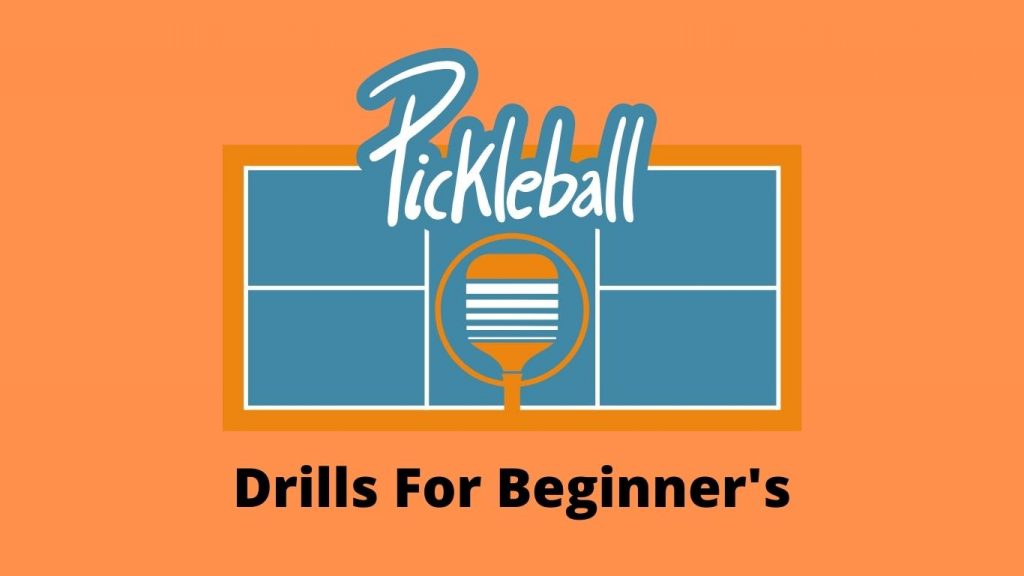